Roses are everyone’s first favorite flowers and since our first exposure is mostly Disney or fictional novels, we have seen the most gorgeous roses blooming in those. Ever since we were young, we had seen black rose almost everywhere where there is evil or mystery, making us believe that they exist and has the most twisted meaning of all the flowers. Flowers have this unique ability to trigger a specific emotion in us through their scent and color, instantly changing our mood and giving us a hint of occasion or message the giver wants to convey to us. Learn more about the symbolism and meaning of black roses by the end of this article. 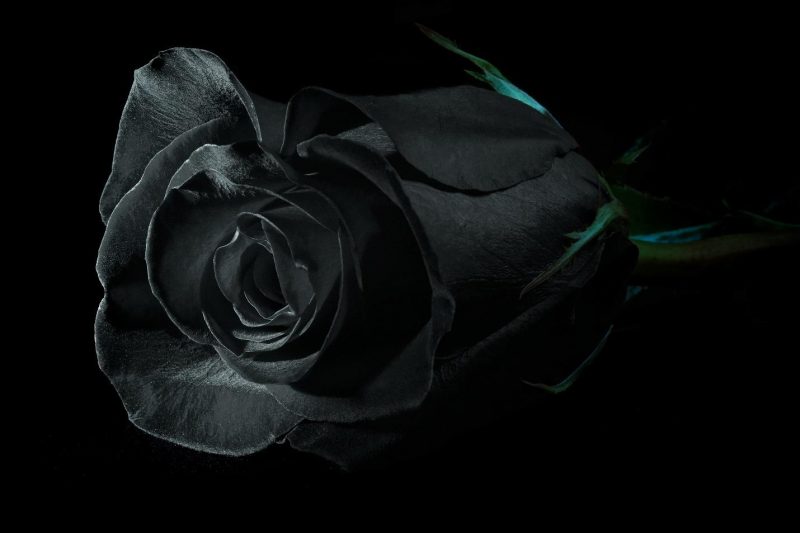 In Floriography– The above-mentioned meaning of black rose is according to floriography (the language of flowers) however, it also stands for rebirth or farewell for good as it does not truly exist, and mostly a light-colored rose has to say goodbye to give birth to a black rose.

In A Relationship– It represents immense devotion and sincerity as it goes through a hard process for its birth and does not give up. In contrast to this, it also represents the sadness a relationship gives you or tragic romance.

In Nazism– the Black rose symbolizes winning over the traitors and “all is well”.

In Tarot Cards– The Number XIII card, the death card, a white rose is printed over the flag that is held by the Grim Reaper. The white rose stands for purity, beauty, and promise of a new beginning.

In contrast with this, the other one has a black rose which means the opposite of what the white rose signifies, which is ugliness, immorality, impurity, disrespect, and revenge. Unlike the white rose, there is no hope or promise of a new beginning.

In Anime– In the anime that mostly revolves around the symbolism and meaning of roses, Revolutionary Girl Utena, out of all the roses, the black rose stands for the sinister side of a person’s soul.

In another Japanese animation, Ranma ½, the 16 years old daughter of Principle Kuno and the younger sister of Tatewaki Kuno (Kodachi Kuno) is a cunning, arrogant, and sometimes lunatic student. She is nicknamed ‘Black Rose’ mainly because of the black rose’s petals that trailed behind her.

In another anime series, Saint Seiya, Aphrodite (the fold Saint of Pisces) sends black roses (nicknamed as Piranha Roses) as a symbol of killing and attack.

Tuxedo Mask, the fictional character of another anime, Sailor Moon, uses roses as darts but while under the control of the villain, Queen Beryl, his roses turn black, as a hint of being under the spell of evil.

In Video Games– In Fable, the black rose is a symbol of the evil love between the villains.

In the game, The Sims: Superstar, the obsessed fans would leave black roses in front of their door.

In another game, The Legends of Zelda: Majora’s Mask, the Great Fairy’s Sword (the most powerful sword) is decorated with black roses.

In Farewell– Black rises can be seen in funerals and are used as a parting gift or to say goodbye to someone who is going on a long journey with no possible return.

Gothic literature loves a black rose, you can see the endless mention of black rose there.

Black rose has made a lot of appearances in fictional novels and movies making all of us believe that they exist. But in reality, black roses do not exist in a pure black color that occurred naturally. The black rose you see in the market is either a light-colored rose, tinted black petal by petal, or a beautifully dark shaded maroon, purple or red. Roses that are the deepest shade of red, maroon, and purple are either used naturally or are left in a vase of water mixed with black ink to deepen the color.

The symbolism and meaning of black rose in fiction have always been associated with mystery, danger, pain, sorrow, anger, hatred, death, obsessed love, or any kind of darker emotion. Sometimes it has been linked with black magic and vampires just to add to the mysterious nature of this fictional flower.