Like every birthstone, there is an identical flower to each of the Month. This varies according to the season and climate conditions. Every flower has its own meaning which makes it unique for the related month. So, the flower which is identical to the Month of March is Daffodils. There must be a question in your mind that daffodil is not only one flower but it has a unique group of flowers. But regardless of this debate, the Daffodils group of flowers are associated with March month. Continue to read till the end to know more about its meaning, growth season, and other relevant knowledge. 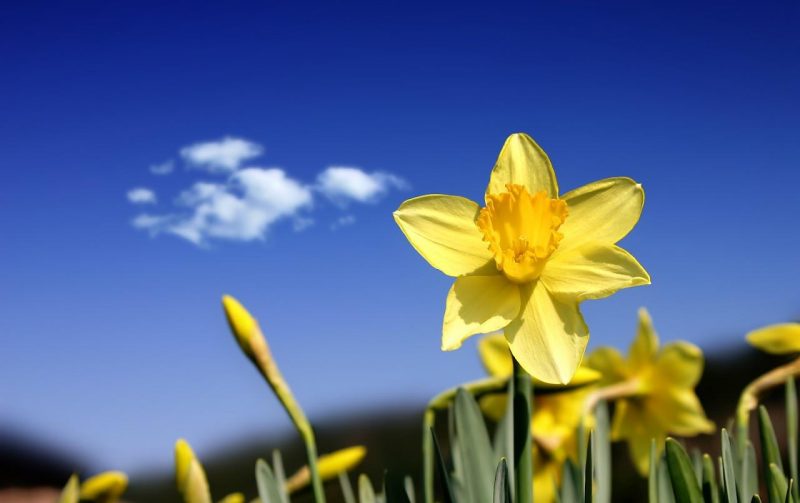 The Daffodils are also called Jonquil. Actually, the name “Daffodils” is also somehow is not the real one but it is one of the common names of the flower. However, the literal name is “Narcissus” which is a Greek word that refers to the seductive properties of the plant. Moreover, the flower is also known as Jonquil as mentioned above but take note that all Daffodils are not Jonquil. Jonquil is only a group of Daffodils flowers.

The Daffodils are symbolized as the expression of purity, undivided love, hope, and infinite blessings. It is also considered as the representation of good fortune and internal peace that is why these flowers are included in the new beginning bouquets. Similarly, rebirth is also one of the most widely used expressions. And for this cause, the Daffodils are also given to those who are going to start their new journey in any aspect.

Just like other flowers, the Daffodils also come into many other colors like pink, orange, white and yellow. They also come in different combinations of colors. Although many colors are available but the yellow color is found as the identical color of Daffodils.

The scent of Daffodils is so lovely and a combination of many different types. It is something that is sweet but also has some richness. It seems like it would not be wrong if we refer its Scent to the scent of Jasmine. A mild combination of spice with musk and vanilla extract. Scents also differ from group to group. Such as moonlight sensation possess light fragrance but sunlight sensation does not possess any significant scent.

Generally, the flowers bloom in their full swing on late winter days or earing spring days. But you have to be prepared for the planting during the season of autumn so that the plant may get enough time to grow. Also, it is important to study in which regions Daffodils blooms. As they are found fresh in the North American regions the most.

These flowers are considered as the favorites of gardeners. The plant needs almost 6 good weeks to start visibly growing. The plant needs some direct sunlight so make sure to place it in such a position. If you want to plant Daffodils as indoor ones so it is highly recommended to change the flower type as the Daffodils are highly poisonous. Even its steam and leaves are so poisonous that could be harmful to your child or pets.